Rick has been a principal of Fairwinds Training & Development Inc. since 1995. He holds a Bachelor of Arts degree as well as a Bachelor of Education degree.

Throughout his career, Rick has drawn on his education whether it is in sales, coaching, facilitation or leadership. Rick was a former coach of the Canadian Canoe and Kayak team in the 1980’s where he worked with several World and Olympic Champions. 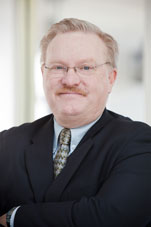 Rick spent ten years within the petroleum industry for both Texaco Canada and Imperial Oil / Esso as a Marketing Programs Administrator specializing in the design, roll out and facilitation of performance enhancing programs. Rick was linked into the National downstream marketing department where he helped steward the branded partners, real estate development, market tactics, customer retention and value-added sales and services programs for his division.

Fairwinds has secured a mix of large to small clients in the 15 years it has existed, such as Bluewave Energy, Graybar Canada, Atlantic Lottery Corporation and the Construction Association of Nova Scotia. Rick has worked in the International Market with Pepsi Cola Bottlers in Russia in both 1997 and 1998, with their sales, retail merchandizing and management development teams.

Rick is a sought after conference speaker and has spoken at large business shows such as the Bingo World Gaming Conference in Las Vegas, Nevada on numerous occasions.